Kyle Sean Chapman aka “Based Stickman”; A Thug with a Violent Criminal History 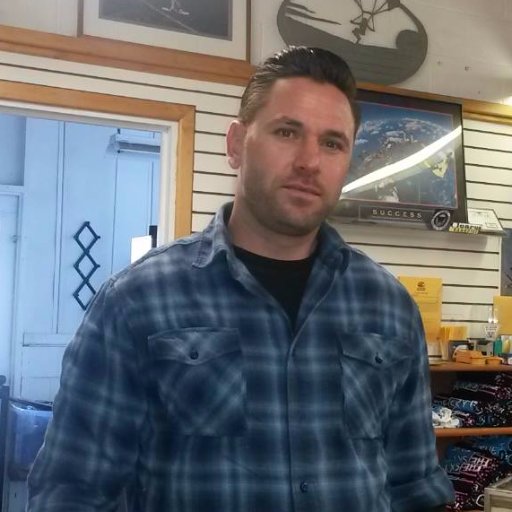 Meet Kyle Sean Chapman of Daly City, California. He is the new hero of the racist AltRight due to his violent behavior during a rally in Berkley, California on March 4, 2017.

The situation is this: there was a pro-Tump rally in Berkley, California, organized by the AltRight play-acting thug gang called the “Proud Boys;” an organization formed by the alternative media hack and buttplug enthusiast, Gavin McInnis. What went down during this rally is still being pieced together. What we do know is that Chapman arrived at the rally dressed for a violent confrontation, armed with pepper spray (which he recklessly used and hit an elderly man the face) a helmet, gas mask, shield, body armor and a stick which he used to smash over the heads of people who disagreed with him.

According to our comrade over at the Angry White Men blog:

Based Stick Man, identified as Kyle Sean Chapman, was among those arrested, however. He now faces six charges, five of which are felonies, including: carrying a concealed weapon/dirk or dagger, selling/furnishing tear gas, illegal use of tear gas, assault with a stun gun/less lethal weapon, assault with a deadly weapon (not firearm), and rioting. He will be arraigned on March 7, 2017 at the Wiley W. Manuel Courthouse.

Everything else you need to know about Chapman and his new found fame through domestic terrorism can be found here on Evripedia with one wrong reported detail that they claimed the elderly man was pepper sprayed by Anti-facists, when it was proven later that the elderly man was sprayed by the Proud Boys gang and possibly Chapman himself. 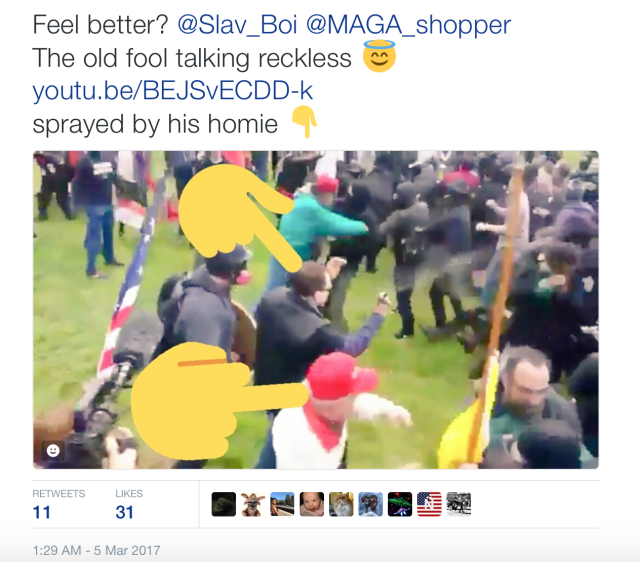 This is not Chapman’s first run-in with the law. In an indictment from 2008– (USA V Adams, 3:08-cr-02531)– where Chapman was arrested for illegal possession of a firearm, we see in Count 4 a laundry list of his past criminal activity. 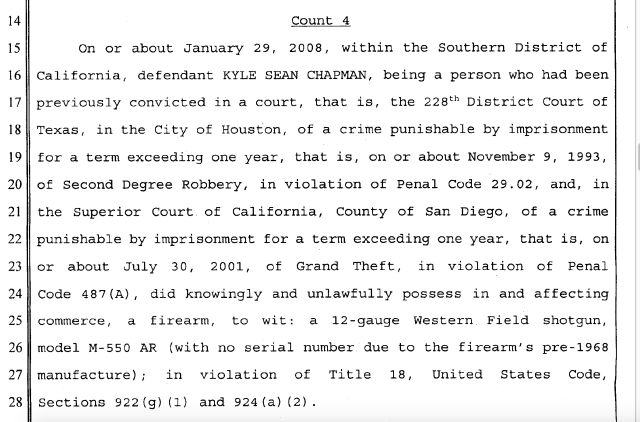 November 9, 1993- In 228 District court of Texas in the City of Houston, second degree robbery, in violation of Penal Code 29.02, punishable by imprisonment for a term exceeding one year.

July 30, 2001-In the Superior Court of California , County of San Diego, Grand Theft, in violation of Penal Code 487 (A), punishable by imprisonment for a term exceeding a year.

The whole indictment document for the 2008 case can be found here:

View this document on Scribd

The judgement for the 2008 case can be found here:

View this document on Scribd 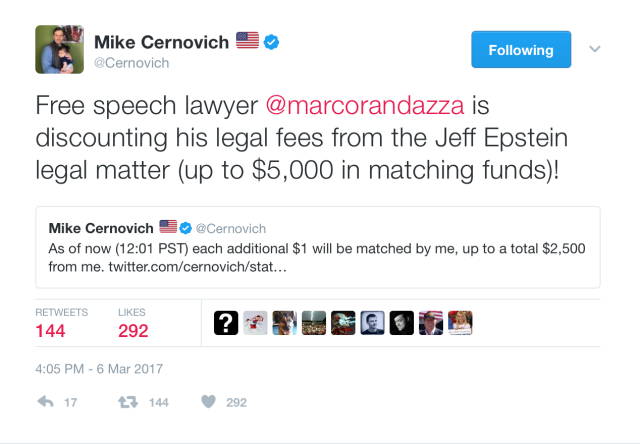 Chapman is a hero to the AltRight because the AltRight often speaks of their fantasies of mass genocide, throwing people out of helicopters and going open season on people they don’t consider white. Here is a quote from Chapman himself, with examples of his supporters:

2 Responses to Kyle Sean Chapman aka “Based Stickman”; A Thug with a Violent Criminal History