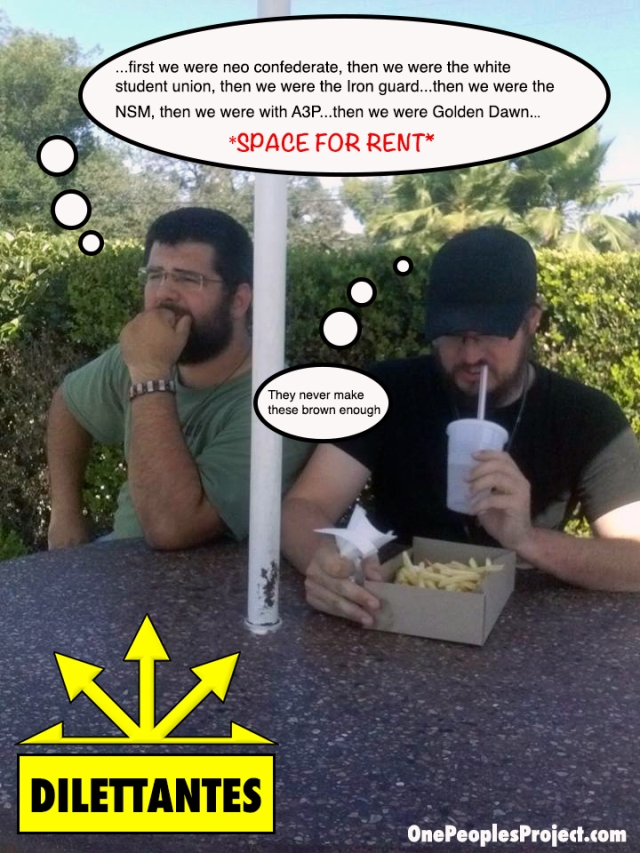 Meet the two Matts from the No, wait–  now it’s the Traditionalist Worker Party, or at least it is this week. Meet Matt Heimbach (on the left) and Matt Parrott (on the right with the french fries). Together, they believe they are going to bring a white nationalist socialist movement to the United States.

There is a plethora of information about these two– especially Heimbach– who has been a living click bait feature since he drove the Leadership Institute-sponsored white nationalist Youth for Western Civilization group into the ground, went rogue, and started a “white student union” at Towson.

Much has happened since then. Heimbach has worn several different hats from the world of white nationalism and in his current position he is desperately reaching out to college age youth for both recruitment and volunteer “foot soldiers.” One thing that has remained consistent over the years has been Heimbach’s often unhinged opposition to anything diverging from his ideal white, christian, patriarchal, heterosexual society. So embarrassing is Heimbach’s anti-gay behavior that he was publicly banned from the equally racist National Policy Institute conference.

Given all this, we were still surprised when our friends in Richmond reported to us that Heimbach’s Traditional Worker’s Party flyers were showing up around their city and mostly around the Virginia Commonwealth University (VCU) campus. At first, people were concerned about who was doing this at a university known for its progressive and multicultural atmosphere– and its very strong arts and theater programs.

Heimbach then was gracious enough to fill us in…and it was then revealed that a VCU philosophy student, Derrick Davis, was responsible for the poster hanging. 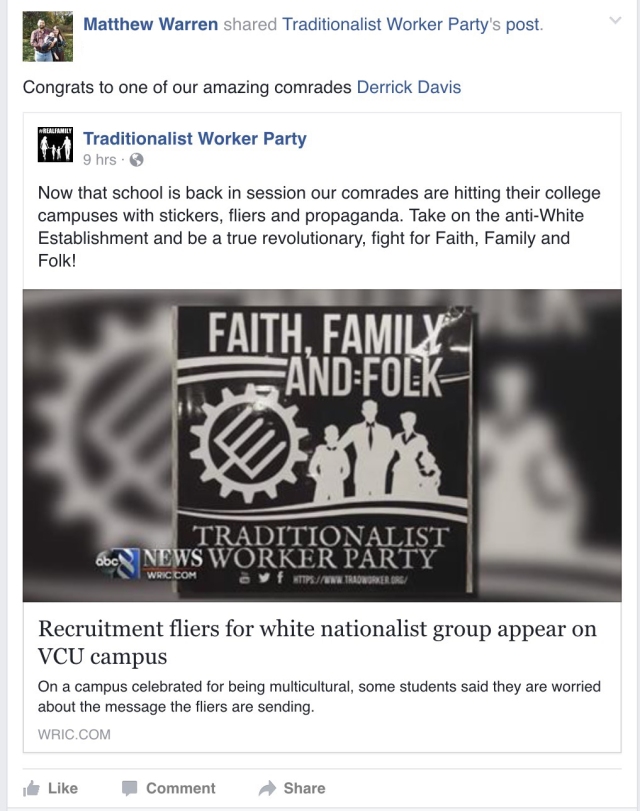 This didn’t deter Davis from his bragging moments either and with a cheering section too.

A little digging gave us a very interesting information about Derrick. First of all, Derrick has a very well ignored website called United Right which appears to not have been updated since June, 2016.

He also sells T-shirts(notice the threatening image of a crusader stabbing a black man in the throat) :

A threatening graphic of a crusader stabbing a black man in the throat. 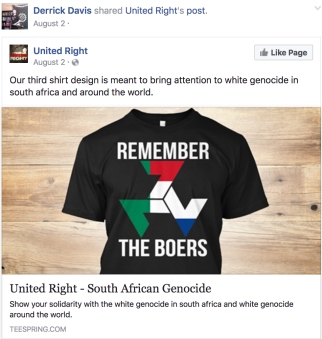 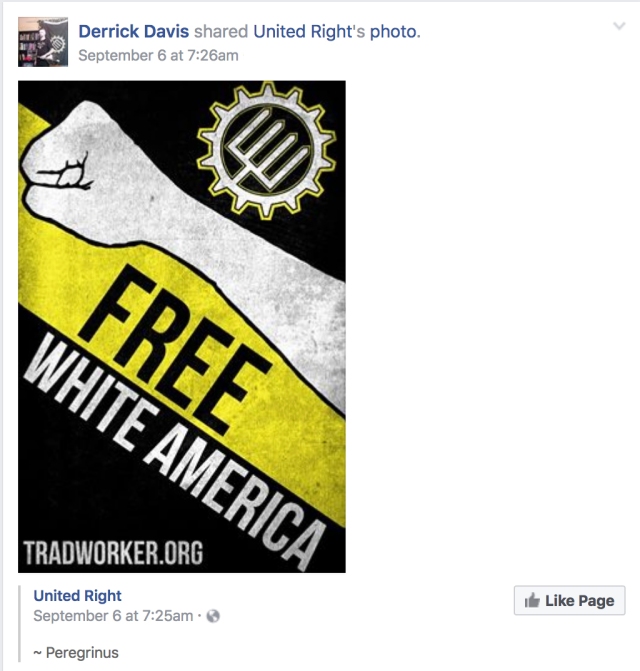 He might have also been at the incident at Sacramento state capitol. While he was there, he made an appearance here: 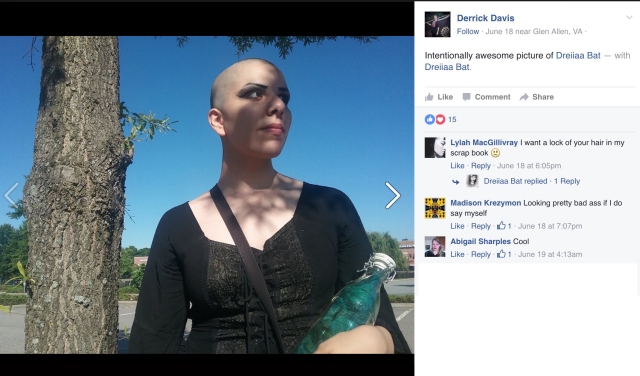 While Derrick might give the impression that is is just another overenthusiastic white power chucklehead, we have also found that Derrick has another side that doesn’t seem to mesh with the typical Traditionalist Worker Party modus operandi.

Derrick likes to play dress up:

And the “dress up” often looks like he is exploring the boundaries of his own traditional gender identity:

He has even gone as far as drawing an image of he and Dreiiaa together with himself as a woman:

So the question on our minds is, “has Matthew Heimbach changed his mind about gender queer rights, or is this simply hypocrisy?”

The sadly ironic thing about this whole situation is that if Derrick is experiencing what could be uncharitably referred to as “gender dysphoria,” why seek community with people who not only refer to trans people as “self-mutilating sodomites,” but have openly expressed a desire to put gays and other “deviants” into “re-education camps?”

Look, let’s turn off the snark for a second here– it’s real tough out there for trans folks, in ways that are incomprehensible to almost everyone. Not only do trans people have to deal with legislators casting them as criminal degenerates, organized hate groups trying to physically attack them, uncaring and unsympathetic law enforcement officers, ignorant medical professionals, and the threat of violence at home– trans people subsequently have an appallingly high suicide rate. There are many ways of coping with all of this stress, and not all of them are constructive or healthy.

If you’re in the Richmond, Virginia, area, you should know that you have a good community with plentiful resources to help you on your way: