Our Rebuttal: Filet of Whitefish AKA the Lies of a Nazi Fish Story 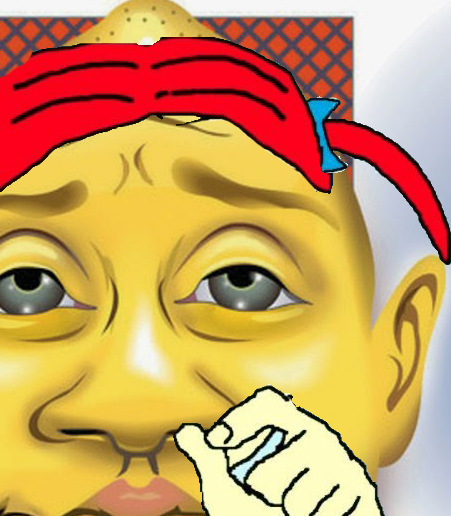 Where do we begin? In our last post we pointed out very clearly that we believe the so-called “Nazi March” being put on by Andrew Anglin is total bullshit, much like everything else he posts on his rag blog.

After our post obviously held Anglin’s feet to the fire, Anglin, and his “financial supporters” (and possibly even handlers), scrambled to save the face of this farce and posted a scan of a permit application for this make-believe march. From Anglin’s blog:

He (and his handlers) are under the impression that simply taking a scan shot of an application means there is a permit, even though he never sent the application in!

Here is a copy of his bullshit application: Notice the James Earl Ray reference? Isn’t that so shocking and edgy? NOT!

Anglin believes his passe 4Chan basement dweller shock rhetoric is his greatest weapon, and while it might work on those who don’t know what a cowering tool he really is, he really is nothing more than a LARPing teenybopper trapped inside a 33 yr old Ephebophiliac (fancy word for a sick adult who lusts after underage teens).

For the most part, his charade has probably proven a great fundraiser for those he claims he’s fighting against! (We are refraining to linking to them because they can do their own PR)

Anglin is giving the impression he has friends? Who is buying this?

ARE HIS PLEBES CATCHING ON?

The comments on his sad fantasy are pretty amusing. Of course there are the Nazi fetish LARPers who are posting pix of old dead Nazis, most likely from their “most fapped to” files. Yet, there are some who are catching on:

Of course a sucker is born every minute:

Anglin’s sad attempt did nothing to change our minds that his threats are nothing but one big, stupid troll. A troll that is probably doing more harm to the livelihood of Spencer and the family he claims he is doing this for. Anglin threw them under the bus and covered them in his own brand of sewage. Watching Richard Spencer get covered in more shit is quite amusing for us, but it make us wonder what exactly Anglin is up to. We are baffled that his swarm of flies have failed to even question or catch onto the many possible motives behind Anglin’s internet feces flinging.

January 16 will come and go, and most likely there will be no Nazi cosplay march.

Or will Anglin (and whoever) call Jeff Schoep and his rent-a-Nazi-rally NSM for a quick carny act to supply 15 or so costume clowns just to prove that everybody’s donor money was well spent?

Oh, such is the world of stupid Nazis!

1 Response to Our Rebuttal: Filet of Whitefish AKA the Lies of a Nazi Fish Story