Trolling Whitefish in a Barrel 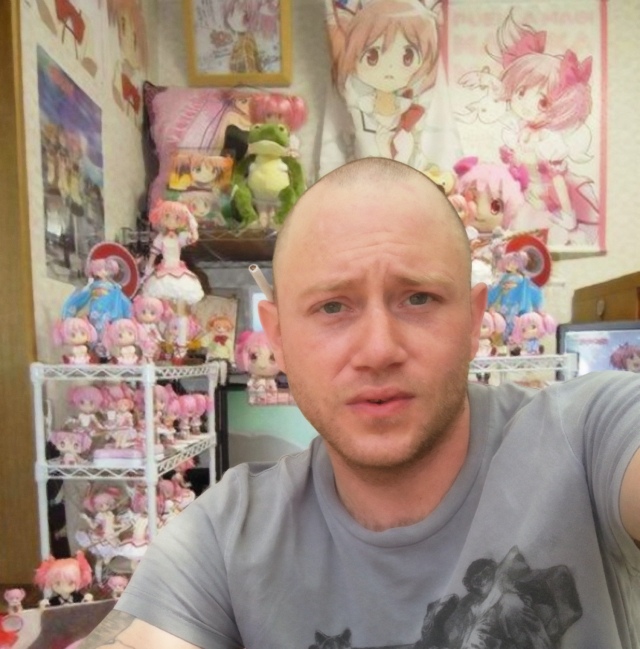 Andrew in his pedophile anime element.

Too much has been said about this latest drama around Whitefish, Montana. It all started with a battle between the local Whitefish community  (mainly a local realtor) who objected to the presence of white nationalist Richard Spencer and his family in the town. The realtor then pressured Spencer’s mother, Sherry, into selling a real estate project she was working on and donate the profit to local anti-hate groups.

We are not going to go into great detail and name names because you already know the major players. To wit, Andrew Anglin— the Nazi troll out of Ohio– decided that it was his business to dox and terrorize the realtor, including posting photos of the realtor’s children as well as addresses, phone numbers, and anything else a lemon-headed mutant behind a keyboard will do to make his five foot three stature look taller.

To make matters worse, Anglin– after releasing his half-wits to harass the realtor and other members of the town– also decided to threaten the town with a Nazi-style armed march. In turn, there has been a plethora of articles and clickbait with screaming headlines about nazis who are invading this sleepy little resort town.

Sorry, but we aren’t buying it. in fact we will go as far to say that Anglin’s entire threat is total bullshit. It is nothing but another internet troll.

Why? Because that is what Andrew Anglin does. He has NO power, he has NO “army” outside of his band of misfits and their cartoon frog twitter accounts.

We were a little perplexed when we discovered this post on facebook page from the anti-hate group “Love Lives Here”. 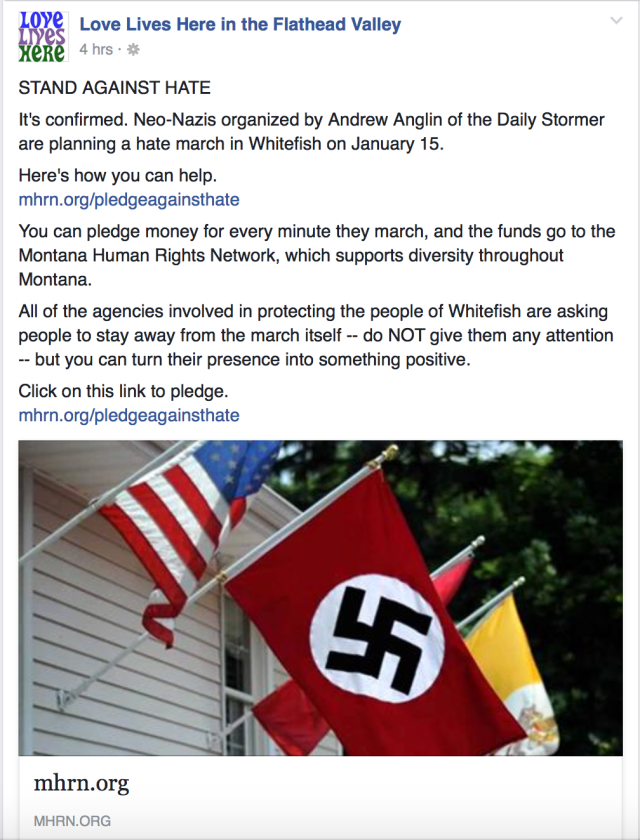 The post fails to provide any links for the basis of Anglin’s announcement, although they provide the link to their donation page in at least two places.

Looking at Daily Stormer, we found no announcement at all about this January 15th march. We tried to contact the “Love Lives Here” group on Facebook and they provided us with a link we had already found after doing our own bit of digging. It is one dinky news item on their local Fox affiliate. There is also a video explaining that the January 15th date was told to them by Anglin himself, although they failed to mention if it was via phone, email, Skype or any other form of communication– and they failed to record Anglin himself making the announcement official.

The article also states that Richard Spencer, who this whole drama is really about, also doesn’t believe this march is going to happen. The local police are in agreement as well.

Whether the march would actually happen has been up for debate the past few weeks. As previously mentioned, Whitefish Police Chief Bill Dial believed it was just rhetoric after speaking with Spencer.

Spencer has stated that he doesn’t believe the march will happen, calling it a joke previously, but has not denounced it. However his word on whether it happens or not doesn’t have much sway as he’s not involved in the protest’s orchestration.

There is a video he put out about it, but to be honest we are sick of looking at Spencer’s face so we aren’t going to post it. You can find it easily enough.

Anglin is a sick fuck, that’s common knowledge; besides getting his demented jollies from watching people scurry over his empty troll threats, we can’t help but wonder, are we looking at another snarky Bill White?” Or is it possible that Anglin is playing the Hal Turner role?

Only time and enough investigation will tell…and we WILL find out!

2 Responses to Trolling Whitefish in a Barrel