Theocratical Astro-Turf in Birmingham Brought to You by Huckster Glenn Beck, while the Confederate Flag Falls Flat. 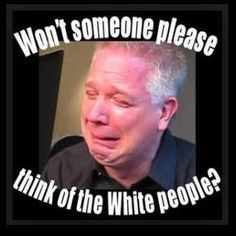 Glenn Beck has a dream…to be the next Martin Luther King… not the “civil rights for social minorities,”MLK… but he wants to be as famous and as remembered as MLK…

…while doing the decidedly un-King thing of fighting to uphold the status quo by fighting the tyrannical oppression of minorities upon the majority. Does that make sense? No? Good, you’re ready for the mind (such as it is) of Glenn Beck.

Five years ago in 2010, Beck had a rally in DC where he rudely plopped his big butt on the Lincoln Memorial on Martin Luther King Day, and claimed he would be the next MLK. He drew a sizable crowd, nowhere nearly as large as the real MLK event back in the day nor as large or powerful as the actual celebration honoring MLK happening across town organized by the DC African American community, nor was it as genuine.

His own crowd found the “restoring the honor” event a big disappointment.

Here is a video from the 2010 Beck rally and also there is footage of the DC black community honoring MLK:

But Beck’s fat ego and mental instability smells money in the water, and he wants you to know that he has not given up! He is determined to create a phony civil rights coalition with the goal of an organized theocracy to try to take over the country.

This past weekend in Birmingham Beck got together with a band of religious extremists and anti-gay/anti-Muslim Christian leaders from all over the world to try to push back against the growing trends of secularism and marriage equality, but under the guise of “love and unity”… WTF?

Photo Credit Al.com
“Love One Another” apparently does not apply to anyone who is LGBTQ or who isn’t Christian at this 90% white “All Lives Matter” rally.

He seized the hackneyed “All Lives Matter” motto– which is a thinly-veiled code for “White Lives Matter” and developed as retaliation against the “Black Lives Matter” movement. According to AL.com the march attracted 20,000 people from all over the world, and to us it looks like almost all Christian and the majority were white.

For the sake of tokenism, Beck had two black people march beside him; Alveda King, a niece of civil rights activist the Rev. Martin Luther King, and anti-gay activist Bishop Jim Lowe.

Jon “Does anyone remember me?” Voight was also there, but really…who gives a shit?

… there was supposed to be an anti-Lincoln-pro-confederate-pro-secessionist rally also taking place in Alabama, but in Montgomery, as a joint effort between the meth induced “Alabama Flaggers” and the white nationalist “League of the South” .

The estimated numbers for that event was scored for 300 RSVP’d attendees on Facebook…but it looks like only 30 actually showed up, then it rained and they had to go home.

The disappointed Alabama Flagger meltdowns and tantrums on Facebook were epic!

Nope nobody gives a rat’s ass so give it up!

If you want to read more about the neo-Confederate Flagger Failure from this weekend please visit our brother blog for :

1 Response to Theocratical Astro-Turf in Birmingham Brought to You by Huckster Glenn Beck, while the Confederate Flag Falls Flat.