When the Confederate Flag is NOT a Rainbow or When Stupid Hits the Internet.

Just when you think the internet can’t get anymore stupid… 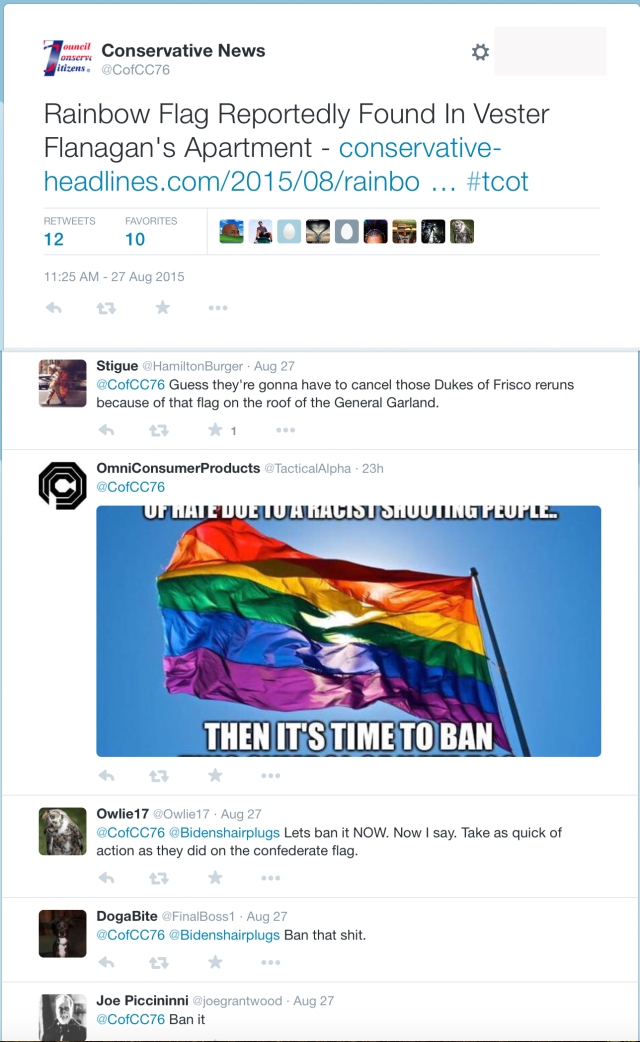 This is what happens when stupid hits the internet.

The brain children behind this mentality ….

I really am glad they’ve chosen to take this route, because it brings the entire Confederate Flag / Dylann Roof issue back to the forefront, and it does it with such a ridiculous and asinine comparison that people can’t help but seriously consider the context of the Confederate flag. The comparison white nationalists are trying to make is that since Dylann Roof did what he did “because of a flag,” the Roanoke shooter obviously did what he did because of a flag as well; so all movements to ban or remove the Confederate flag should equally be focused on banning and removing the rainbow flag because of… reasons?

Ok, this is going to take some heavy-duty dissection, so settle in and we’ll begin.

The stars and bars is a moribund symbol of an idea that’s been dead for over one hundred years. The rainbow on the other hand, well, what’s Brad going to do, slam his windows shut and sulk in his basement after every spring rain produces an evil, satanic RAINBOW?! The rainbow isn’t going away.

The RAINBOW IS HERE TO STAY, BITCH!

3 Responses to When the Confederate Flag is NOT a Rainbow or When Stupid Hits the Internet.