Is Andrew Anglin the Next NIMbuster Target? 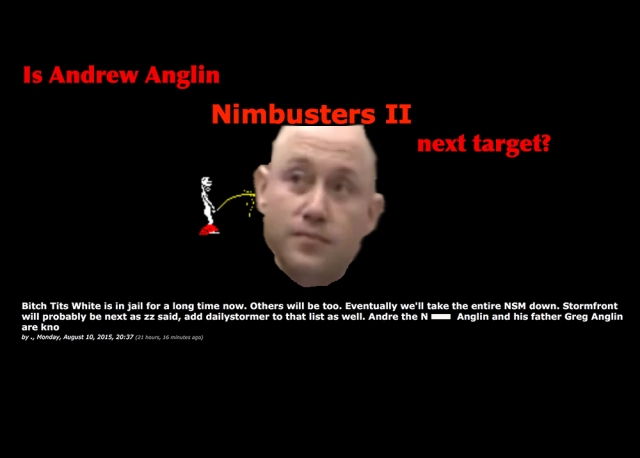 Those who have been on the scene for a long time know of the old crazy free for all troll board called “NIMbusters” where both racists and anti-racists would go to battle in the lowest form of trolling only second to boards like 4Chan and others.

The language was often pretty foul and racist, and Stan Lawson, the owner of the board got tired of it and shut it down. But, another board called “Hate and Flame” picked up the slack from the old die hard NIMbust crowd and set up a “NIMbuster II” board for the idiocy to continue.

The board is now pretty dead, most of the old crowd is gone, but just recently a new post appeared in the spirit of the old board, and they are out to take Neo-Nazi Andrew Anglin down! (warning racist images and language) 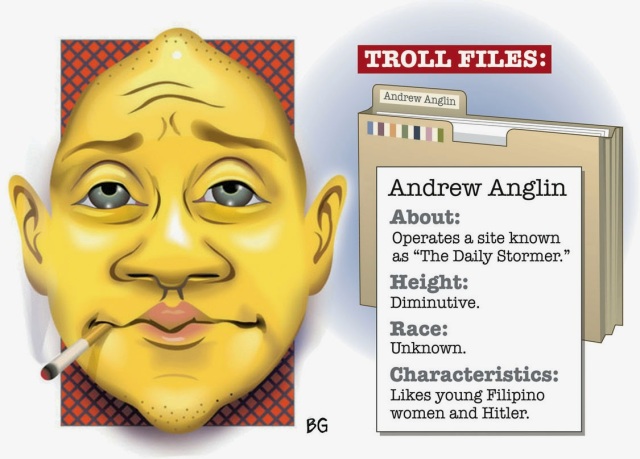 Anglin, who is one of the the most appalling POS in the white nationalist movement,is the editor of a Nazi publication called “Daily Stormer” and has a long history, along with his father Greg Anglin (a phony marriage councilor), of pedophilia and sexual predatory incidents.

Andrew in his pedophile anime element.

Word has it Anglin is an adult with an obsession with anime cartoons and fulfills his sex fantasies by traveling Asian countries to find underaged girls.

His father Greg Anglin is a phony Xtian “marriage counselor” who uses his practice to prey on women who are in unhappy marriages and uses them for his own sexual manipulations. 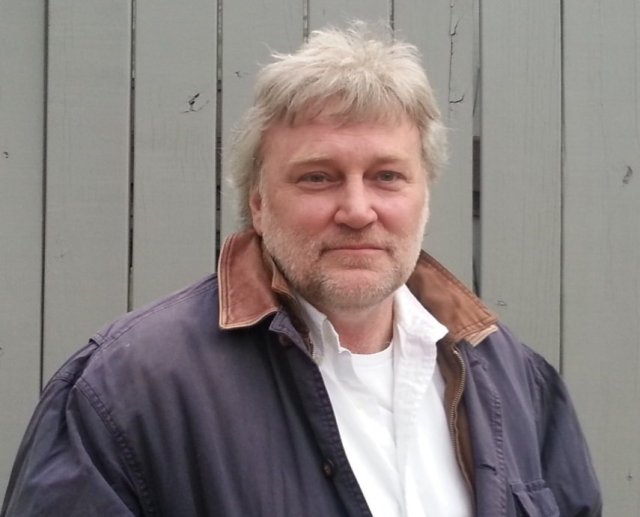 The one helpful thing about the recent NIMbuster post is the informational links provided:

Andrew trying to flirt with underage girls and failing

2 Responses to Is Andrew Anglin the Next NIMbuster Target?